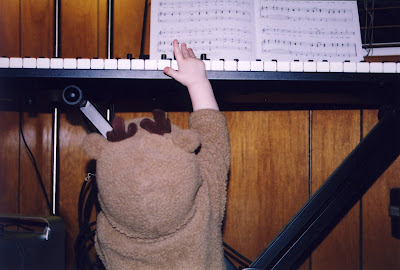 My darlings, I have the viral plague. Ok, what I really have is your run-of-the-mill head cold, but it knocked me out for most of the day. Blessedly, my husband stayed home and took on the breakfast, diaper washing, naps, lunch, block building, crawling around, cleaning up, snot wiping, and general parenting aspects of our days.

If I hadn't felt like absolute sludge, it would have been positively vacation- like. Especially since we're in full-on weaning mode. Night wakings are met with a bottle now. Sometimes water, and sometimes a few ounces of milk. Which means the nursing sessions today weren't excruciating and we were all awake for shorter periods last night. When we are all healthy (poor Bunny still can't breathe through his nose) I'm certain the night will become one long dream cycle. And yes, I have no small amount of guilt for weaning while he's sick. But seriously, darlings...I just...can't anymore. Nursing shouldn't be something you dread. And I do.

Anyway, the point of this post is to put out there my resolution. Yes, it's a resolution post.

I'm not resolving to do anything I haven't already been doing - or trying to do.

So it's more like a re-affirmation of my Sankalpa. Isn't that fun to say? It means "resolve" or "intention" - to set intentions.

According to the winter issue of Yoga International: "A sankalpa practice starts from the radical premise that you already are who you need to be to fulfill your life's dharma. All you need to do is focus your mind, connect to your most heartfelt desires, and channel the divine energy within."

It's genius is its simplicity. And the great unburdening that happens when you inhale, allow yourself to know that you are enough, and exhale away all of the expectations you have laid on your own shoulders.

So with sankalpa you have two paths: 1) heartfelt desire. More encompassing than a resolution, but also easier in that you are already enough. You're just reaffirming it. 2) An actual goal.

Mine is both. It is so simple and so, so complex.

That's it. Two little words. They encompass so, so much. Including an awareness of how I spend our time and money, how I treat our bodies, and nourishing my growing baby's spirit...which then breaks down to: do more yoga, spend less frivolously, watch less tv, play more, have some structure, and recognize that the need for attention is a big need in such a small boy and putting him off harms both of us. Oh, and get organized.

But really, it's just to make sure the every moment is one that I am present for. So many people say "where did the time go?" And so far I haven't had that feeling. My baby turns 1 next Tuesday and I'm not wondering where the time went. I did not give birth, blink, and it's a year later.

It was a full year. With days in the park, errands being run, people to talk to, librarians to flirt with. Visitors, plane rides, weddings, new friends, new adventures. The laundry piled up and was seen to. Dishes piled up and were seen to. Swaddling blankets made way for rattles which were joined by blocks, all stacked up with books and surrounded by music and hugs and food.

There was also illness, tantrums (mine and his), the agony of six teeth cutting through in less than two months. The sheer refusal to stand or walk alone, the joy of learning to clap (just yesterday, actually.)

Will I succeed? One can only hope. But even if I don't, I will take a deep breath and remind myself that the effort is almost as important as success and that for every slip there is redemption and that if I let it all go - I am already enough.
Posted by Emily at 21:10

Email ThisBlogThis!Share to TwitterShare to FacebookShare to Pinterest
Labels: intentions