These Aren't the Chickens You're Looking For 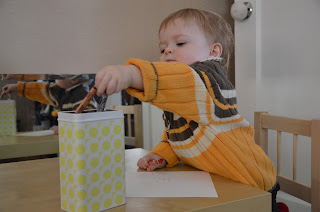 So after we cleaned up from coloring, and Baz was down for his nap I decided it was time to take advantage of him sleeping and me being caught up with the laundry and (mostly) caught up with the dishes and take my new toy out to capture the beginnings of spring in our back yard.

Little did I know when I rounded the corner what I would find. Namely: 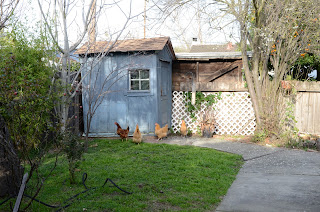 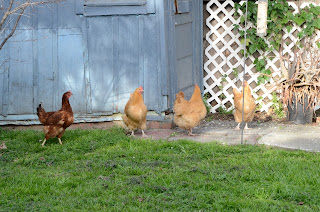 That's right. Chickens. The neighbors have a LOT of chickens and every now and again the more adventurous ones escape. Four is a record, though. And these guys were unafraid.
This is what I went out to shoot:  Cherry Blossoms. 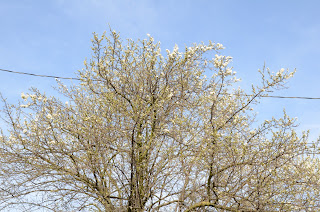 With lots of birds hanging out in them, scolding the chickens for eating their spilled birdseed. 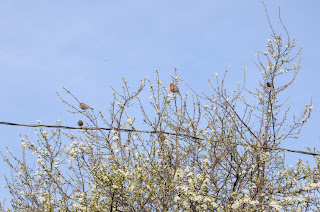 This dark gal was on to me from the start. Had I not been wielding my new toy, I would have chased her down like Rocky and tossed her over the fence. 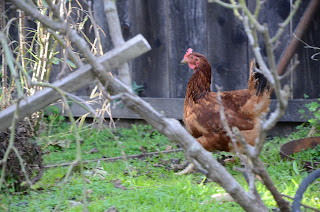 Instead, I took pictures of the apricot buds: 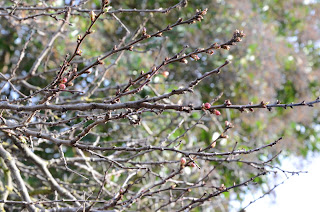 And this little guy, holding out long after his friends have flown to uninfested feeders, giving those chickens what-for. 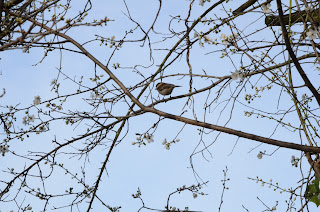 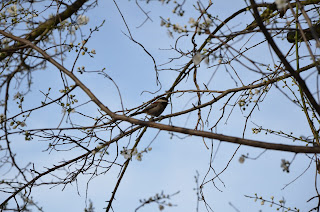 The chickens were unconcerned. Apparently, this spot held the motherload of tasty business. The light was gone by the time their rightful owner did manage to chase them down and heave them over the fence, so it will be this weekend that I shoot the aftermath. 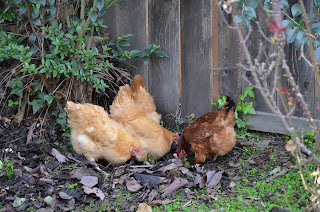 Baby, glad for some action in her day. She preened the whole time I was out there. 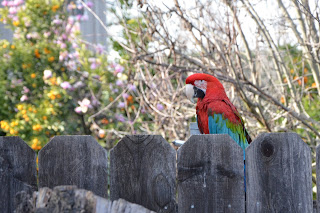 And when Baz woke up from his nap I walked him out to show him the silliest thing in our backyard. His little eyebrows lifted at the first clucking, and when we finally saw them he looked from the chickens to me and back and all he said was "huh" before smiling and insisting he be put down so he could crawl after them. Although mostly, he just hung out and watched them run around like chickens with their heads...not cut off.
Posted by Emily at 23:18

Email ThisBlogThis!Share to TwitterShare to FacebookShare to Pinterest
Labels: outside, random