I have a single "before" shot - and it's of our brick pile: 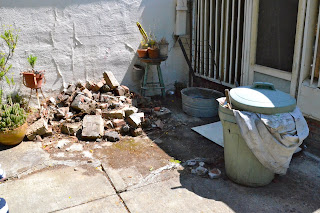 That's actually halfway depleted - the other half having been moved several months ago...and abruptly cut off by my need to kill a black widow. It took a while to get up the gumption to go back.

But go back we did, because I hit up IKEA last friday and bought patio furniture...which necessitated the rearranging of the hodge-podge we already had.

So while I put this together: 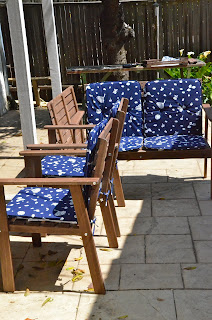 Steve moved bricks (I helped move bricks, too, just not as many...due to the spider issue. And the child refusing to nap issue.)

The child sorted twigs for us: 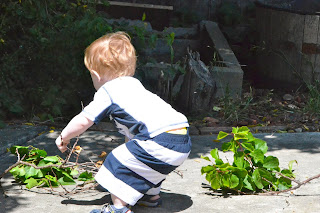 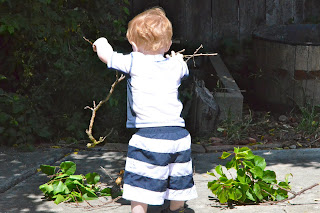 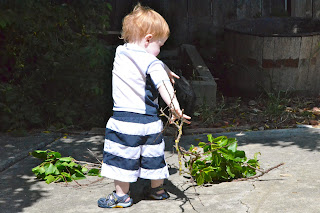 And finally! It was all moved: 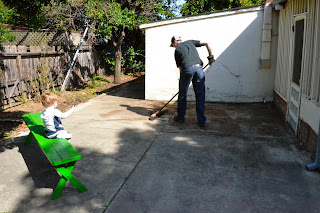 A bit of cleanup (and cheering) and we now have this setup: 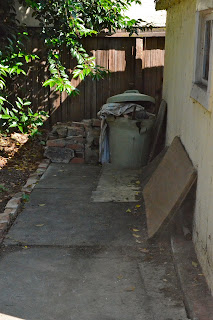 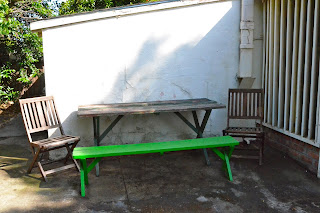 The owners old picnic table (which is halfway sanded and will be repainted) and bench, and the two folding chairs we bought from Target last year. 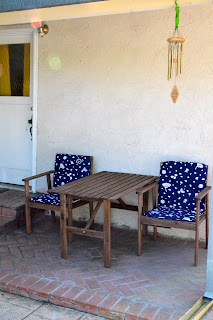 (cushions, table set)
New picnic table and chairs! The wind chimes were an anniversary present from Steve's sister and her husband. I LOVE them. I had to wrap the chain in green because raw chain is just not something I could be down with when I hung it. 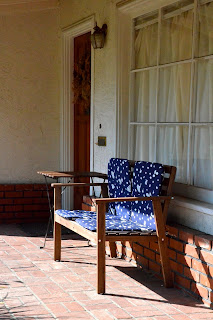 (bench, side table)
The front porch. We like that every piece is sized and weighted so that a single person can pick it up and move it - so when we have guests we can accommodate more people in the back where the action is.

A few other shots from around the joint: I got sick of what was over the mantle. Now it needs attention. 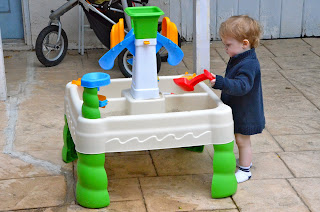 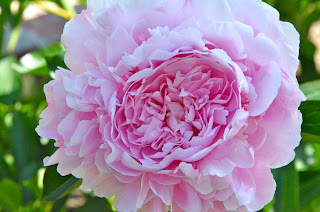 Peonies growing in spite of my adoration. 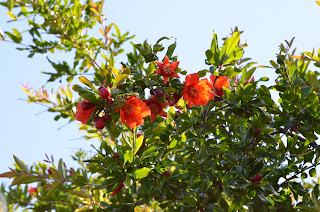 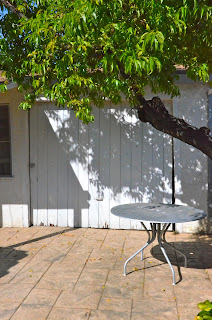 The peach tree and the "new" barbeque table. 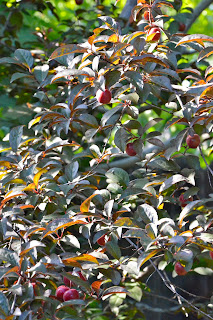 Plum cherries...maybe to made into wine? 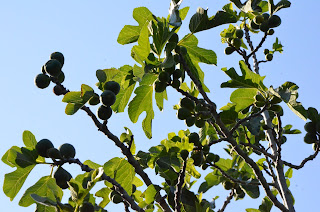 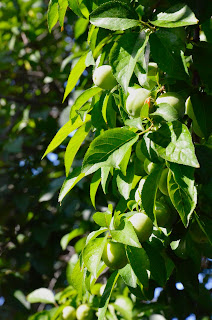 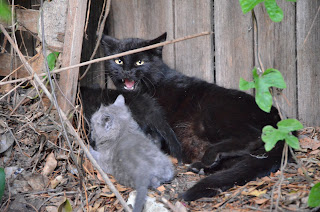 Aren't they cute as they run away? Mama does not like that I scared her babies. This brings out feral cat colony up to TEN. Traps will be procured and set when they're weaned. It's beyond time. We're the crazy cat people!
Posted by Emily at 14:24

Email ThisBlogThis!Share to TwitterShare to FacebookShare to Pinterest
Labels: before/after, outside, random